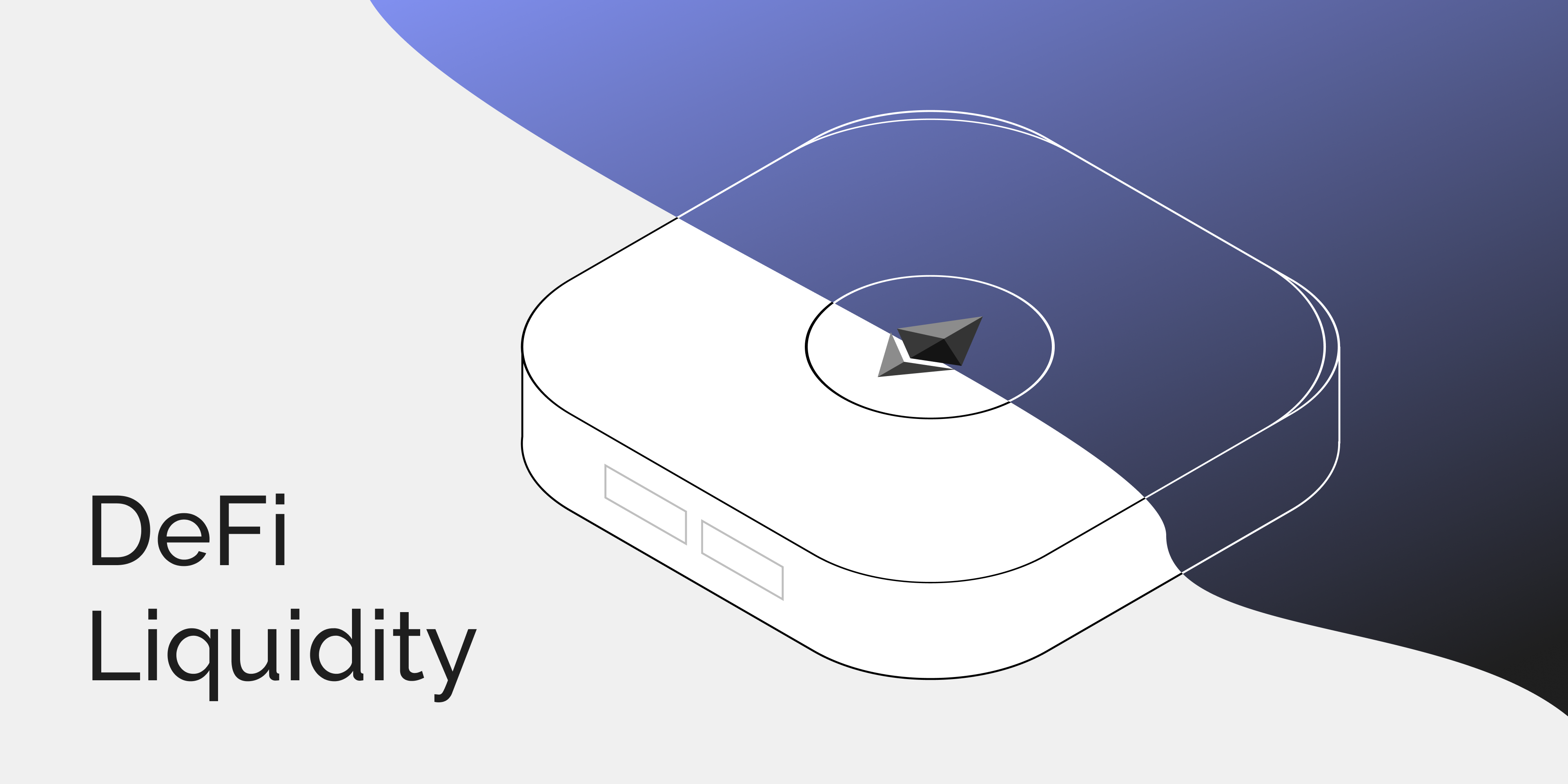 A Liquidity Bootstrapping Guide for New DAOs and DeFi Projects

How to Attract Liquidity in DeFi

Liquidity is one of the most important parts of a healthy financial system. The typical definition of liquidity is the amount of buying and selling a market can support without large moves in price. For builders looking to start a DeFi project, liquidity can mean life or death for the protocol. In this guide we will cover the most popular methods for attracting liquidity to projects, and look to the future trends.

Made famous during Sushi's "vampire attack", liquidity mining is the most common method for attracting liquidity. Since then, the term has grown to encompass almost all forms of token emissions. However, the original idea is simple.

A project will list its token on a distributed exchange like Uniswap. This will create a "pool 2" that contains the native token of the project and another asset like ETH. Then a large portion of token emissions will be allocated to anyone who provides liquidity in this pool.

Sushi made it dead simple for projects to incentivize these kinds of pools with their Master Chef and Mini Chef contracts. With these, an arbitrary set of tokens can be allocated as rewards for liquidity providers that stake LP tokens with a protocol.

While liquidity mining programs have driven short-term participation, they have not contributed to long-term sustainability.

According to research from Nansen, "A whopping 42% of yield farmers that enter a farm on the day it launches exit within 24 hours."

Liquidity mining programs can also be bad for a token's price. To realize yield, LPs are forced to sell tokens into the market, often into the same pool that they are providing liquidity. This can create a negative spiral where sales into the pool lower prices, causing even more sales, leading to even lower prices.

The emissions for pool 2s rarely cover the long-term impact of impermanent loss from two volatile tokens, and large liquidity providers are well aware of this reality. The result is that most pool 2 farmers are not sticking around for long. Nansen research suggests that on average early liquidity providers stay in pool 2 farms for less than a day.

Despite the tradeoffs, pool 2s remain one of the most popular ways for projects to incentivize liquidity because of their ease for users, simple implementation for developers, and familiarity for participants in the space.

Many of the early DeFi protocols that we now consider blue chips bootstrapped their token liquidity with pool 2 farming. However, builders realized that pool 2 liquidity mining programs were expensive to conduct and had negative externalities for their protocols. In light of these shortcomings, new methods were invented to create even more efficient and aligned mechanisms to support liquidity for a protocol.

One of the first successes for a second model was bonding, pioneered by Olympus DAO. In their own words: "our LP rewards are unconventional." Bonding works through a simple mechanism. Instead of the pool 2 models where liquidity providers are paid to stake LP tokens, in a bonding system, LP providers are incentivized to sell their LP tokens to the protocol. In OHM's case, a variable discount was applied where users could bond $1 of OHM-DAI LP tokens to the protocol and in a few days, they would receive more than $1 value of OHM.

The goal of Olympus DAO was to create a large treasury of protocol-owned liquidity. The DAO would be the main liquidity provider in the OHM-DAI pool. In theory, this would create a backstop on token price and give the DAO a revenue stream from trading fees. In conjunction with OHM staking and the wild yield that it promised, the protocol drew huge amounts of liquidity to the token pair and built a large treasury.

Since Olympus DAO, several other projects have adopted the bonding model in their tokenomics design to support liquidity for their protocol. It can be a powerful way to build liquidity and align the stakeholders in the ecosystem.

But bonding offers a tradeoff as well. Instead of just giving away tokens in exchange for often mercenary liquidity, tokens are traded for protocol-owned liquidity. This can be good in times of plenty. But if a project is forever signed on as a liquidity provider for its token, it limits flexibility and doesn't prevent continued selling. In the end, the project can be left with a lot of liquidity in its token and little tangible outcome to show for it.

Despite the tradeoffs, protocol-owned liquidity and the bonding method have remained a favored avenue for DeFi projects to build liquidity in their project.

While token emissions and bonding both remain popular ways to build liquidity, the downsides have led DeFi projects to continue searching for other ways to incentivize liquidity providers for their tokens. What could be even better than spending your own tokens to get liquidity providers? Spending other people's tokens.

The most popular and well-known method of the OPT method for attracting liquidity providers has been Curve rewards. If you're working in DeFI, you have likely heard of the Curve Wars. At its root, the Curve Wars is a fight to use Other People's Tokens. In this case, the valuable CRV token emissions are the prize.

A number of projects have taken to bribing veCRV voters to vote for CRV emissions to specific liquidity pools of choice. With the advent of Convex, it often was cheaper to bribe CVX holders instead. While originally only relevant for deep stablecoin liquidity, the advent of Curve v2 has made CRV emissions a viable addition to any trading pair's rewards. A whole set of protocols has grown up on both sides of the veCRV voting market including tools to maximize rewards per bribe for projects.

While it may take a bit of spare cash to become a veCRV or CVX whale and direct voting emissions. There are other ways to leverage Other People's Tokens to incentivize liquidity.

Ecosystem funds and project partnerships will often include grants or other incentives that can help projects augment any rewards for liquidity providers. For example, the Fantom and Avalanche chains are well known for the large ecosystem funds set up by their respective foundations. Optimism is also set to release a token and many projects are using their allocation to incentivize liquidity on favored token pairs. Project partnerships often come with the promise of joint liquidity incentives. By integrating with various ecosystems projects can take advantage of all opportunities and get a helping hand in building liquidity.

Even more advanced tools are coming to market that allow DAOs to incentivize liquidity on a token pair. A prime example of this is Paladin Warden, a veCRV bribing tool. While bribing veCRV holders or vlCVX holders is a familiar concept for veterans of the Curve Wars, Paladin’s Warden makes this process even more exact.

By specifying a desired pool TVL and APR, Warden will calculate an optimal amount of veCRV needed. Then projects can use Paladin’s market to post bids for veCRV votes. CRV lockers who are looking for a steady income stream can enter in to market agreements or sell their votes to the highest bidder.

Tools like this start to take the guess-work out of attracting token liquidity as the market can determine optimal pricing and savvy DAOs can calculate how best to get the token liquidity needed.

It may be a good exercise to work backwards from the desired liquidity needed to support a token. For example a $1m TVL Uniswap pool can only support low 5-figure trades before users will see slippage over 2%.

When this liquidity benchmark is determined, then an appropriate APR and incentive method will also fall in to place.

One last method for projects looking to get liquidity for a token has been to turn to more sophisticated market makers that will support with their liquidity. It is common for projects to partner with exchanges or other partners when looking to create a market for their token off-chain. However, similar solutions have sprung up that also exist in DeFi. One notable example is Tokemak. Billed as a liquidity-as-a-service provider, Tokemak aims to create a double-sided market of liquidity providers and projects. Liquidity providers can deposit in single-sided vaults that are protected against impermanent loss. Projects looking for liquidity can bribe or purchase shares in Tokemak to direct the deposited liquidity to specific pools. In this way Tokemak will try to bridge the market between liquidity providers and projects in need. While this seems like a good approach, the Tokemak model is still untested as the protocol has not fully deployed and is in boostraping mode, so it remains to be seen if the model can work for real.

At Integral, we are working on bridging the gaps between the tools available in DeFi and traditional finance. Liquidity availability for tokens and projects is a major pain point we've heard from our community. With Integral SIZE, there is the chance for alternative routes to liquidity that fix some of the issues present in the current approaches. With SIZE's flexibility, we can create OTC markets, long-term token sales, and other configurations that can help DeFi projects scale liquidity. SIZE is also extremely capital-efficient, so a little liquidity goes a long way. A recent analysis we did for BIT-ETH liquidity provision shows that allocating 50% of liquidity to SIZE could save traders over $3.6 million in slippage.

If you are interested in partnering with us to bring liquidity to your token or project, please reach out over Twitter or Discord.

The Best Way to Attract Liquidity

After a full overview of the various ways projects use to attract liquidity, there is one way that works above all else. The way is also one of the most difficult. That is to have a useful product!

Despite all the incentives, if your DeFi project does not have product-market-fit, you cannot expect that your token price can attract hodlers and long-term liquidity providers.

A fine example of this is Uniswap. Despite the mounting evidence that liqudity providers on Uniswap are getting a bad deal, it remains a center of DeFi liquidity. Uniswap boasts even more deep liquidity than its centralized exchange competitors. Similarly,

In DeFi, there is often a fear of mercenary liquidity that moves like a locust from protocol to protocol. But the flip side is that if your product has utility, it can attract billions of dollars of liquidity with minimal friction. While it might be nice to have a silver bullet that can solve liquidity problems for crypto, the reality is that there isn't a perfect solution.

So what then are the best principles to consider when designing your protocol?

Average slippage of large trades from stETH to ETH was only 36 bps. But the problem with Curve pools is that the sooner you get out, the better. Integral SIZE offers a new way to do large trades between stETH/ETH.